A Sexual Orientation with No Desire for Sex

It’s no secret we live in an extremely sexualized society, from billboard advertisements to social media, you can really see the words “sex sells” come to life. Everyone’s kitchen table talk is filled with stories about sex. The general idea is that everybody’s doing it, right?

Well, not really, no.

According to the Kinsey Institute of Research, approximately 1% of the world’s population experiences no sexual desire or attraction, but naturally the number of asexuals in the world could be smaller or higher in other estimates.

It’s no surprise that in such a hypersexualized environment, those who desire none of it are regarded as mentally or physically unhealthy individuals, and maybe that is why they seeked solidarity and protection under the LGBTQ+ umbrella.

The LGBTQ+ social movement has marked the past two decades as years of social and political triumph. From same-sex adoption to transgender bathroom issues, the community has championed almost every single minority included in their group.

However, there’s this one particular group of people who have felt excluded from the movement for quite some time now. For some reason, the mere inclusion of the asexual community has been a subject of discussion inside the movement.

The word Asexual is defined as –

“A person who does not feel or otherwise experience any sexual attraction. It is an inborn absence of sexual desire for someone.”

Asexual people, or aces for short, have struggled to gain acceptance within the community for a very long time; reportedly, some people even openly get angry when Aces identify themselves as LGBTQ+ members. What is truly confusing, why the squabble over who belongs and who doesn’t under the Umbrella of the community? Are asexual people a sexual minority? Yes. Have they faced their own struggles and discrimination because of their sexuality? Yes. Moreover, sex is given such a huge importance in our daily lives, sometimes it is believed to be the key to happiness and healthy relationships. Sometimes it’s hard for people to comprehend how a person can be devoid of all sexual desires -  it makes you the weirdo. 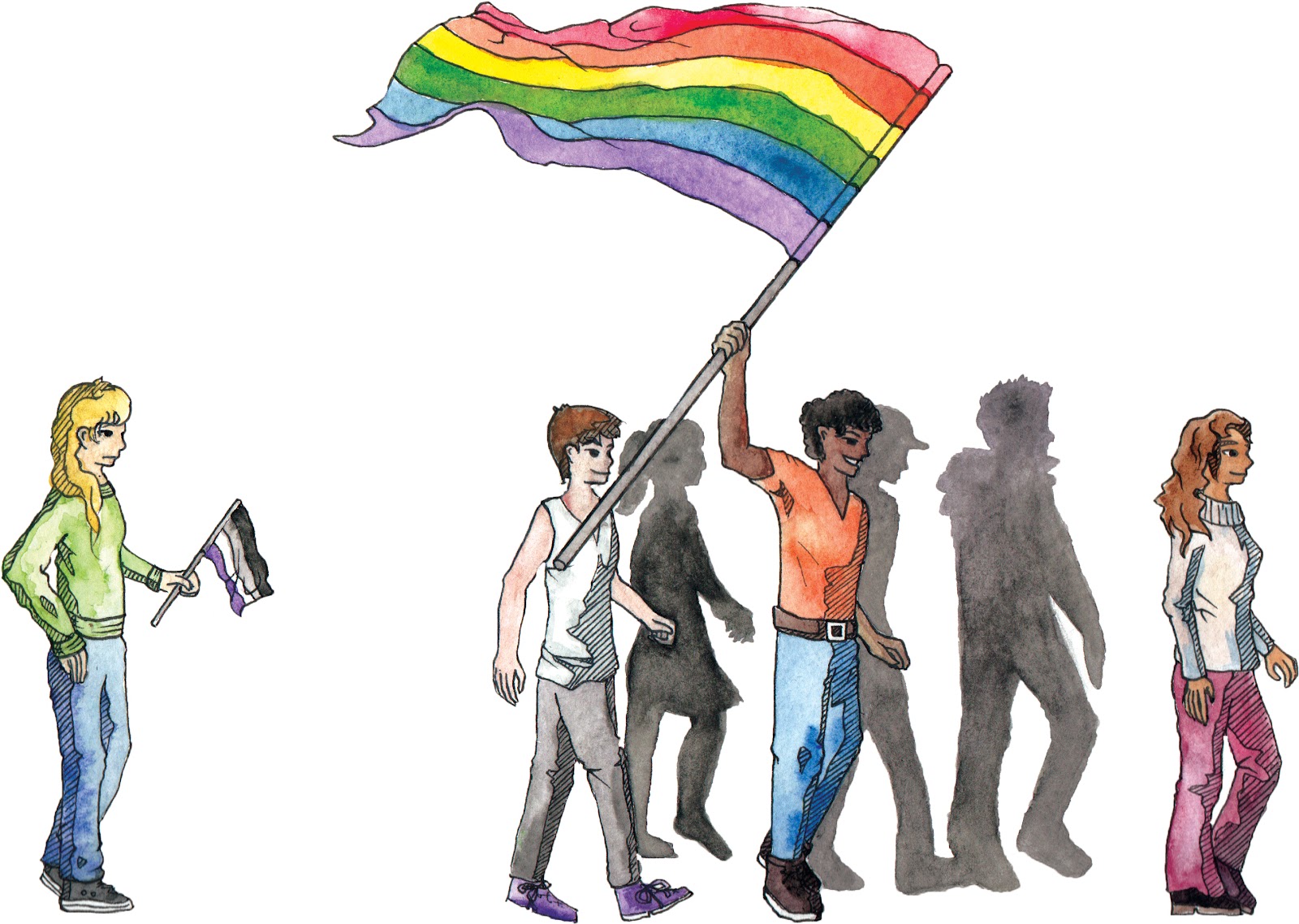 Why the need for inclusion?

Some may ponder the question of why Aces strive for inclusion in the first place. As a sexual minority who are misunderstood and judged because of their orientation, they need a community that will stand behind them. The asexual experience of the world is very similar to the experience of gays and lesbians. They consider themselves “faulty” or broken, confused since a very young age and feeling like what they feel (or don’t feel in this case) is just wrong. They are forced to internalize these negative feelings because just like every young queer or LGBT person, they feel like they are fundamentally different from everyone else.

Then why the exclusion?

Some members of the LGBTQ+ community argue that since asexual people have not faced “systematic oppression”, their issues are unimportant.

In reality, asexual people, have been labeled as “mentally ill” for decades. To this day, the general opinion around asexuality is that it is a medical disorder or a genetic fault. Not to mention the constant social stigma faced by Aces from their family members, partners and friends.

Asexuality has recently been added into the LGBTQ+ community, proudly holding the letter A, but sadly, the conversation is not going forward. The majority of people still do not understand what  Asexuality is. There are a lot of misconceptions around this subject, so let’s bust some myths about the sexual orientation the majority of people excluded from the mainstream conversations. Here is the 101 you need to know about Asexuality.

It is a spectrum

There are dozens of ways aces define themselves. Some approach sex as something they do not particularly care for, some have sex for the purpose of having children or making their partners happy, while others can be repulsed by the mere idea of it. There’s no one way to define an asexual person, the only thinFg they have in common is the lack of sexual attraction. Basically, if the scale of sexual attraction is from 1 to 10, Asexuals rank outside the scale, like 0 per say, because they experience none of it.

Asexuality is not the same as celibacy. The individuals who have taken the vow of chastity willingly suppress the sexual attractions they experience, while aces naturally never have the feeling of desire towards anyone.

Also, it has to be mentioned that any characteristic linked to asexuality is false. Asexual people are not lonely, introverted, depressed, happy, smart, etc. Because personal characteristics or skills have nothing to do with sexual orientation.

Is it something you are born with?

Asexuality is a spectrum for sure, but it is most certainly something you are born with. If you are someone that experienced sexual attraction and desire towards someone and later in life you completely lose interest in sex, there could be a whole plethora of reasons why. Most frequently general health issues or sexual health issues are the base reasons why people lose interest in sex. Psychosomatic problems could also lead to a decline in sexual attraction or desire. Unlike asexuality, these are problems people could solve, medicate or control, however, for Aces, this is their natural sexual orientation.

It is not a disorder

Another huge misconception about asexual people is that there is innately something “wrong” with them mentally or genetically. The basic rule of thumb of psychological disorders is, if it is not in the DSM-5, it is not a mental disorder. Since 2013, asexuality has been removed from the Diagnostic and Statistical Manual of Mental Disorders.

Asexuality is officially a sexual orientation, it’s not a choice, a disease or a defect. It’s not fear of intimacy or trauma-based disorder. There are countless types of asexual people: some date, some have sex, and some prefer boys to girls and vice-versa.

People who identify as asexual rarely have crushes on anyone, but if they do, it is based on personality, the common interests and trust they share with the person, not their sex appeal. 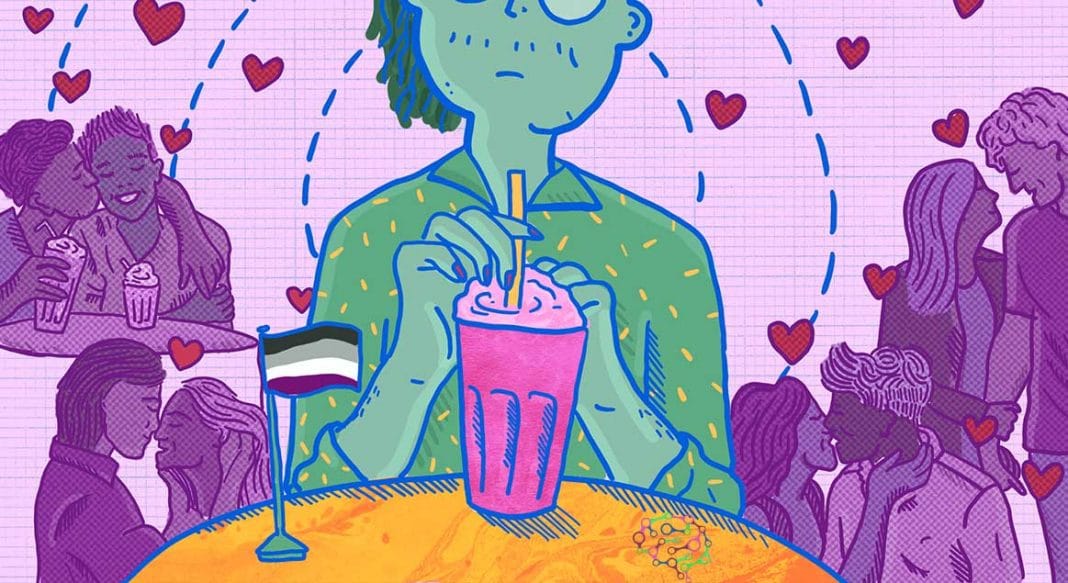 What you’ve read above is just scratching the surface of asexuality. Just like any other sexual orientation, aces are diverse, unique individuals, not one is like the other. And if you feel like you identify with what we’ve described above, just know that there are more than a hundred million people in the world who know exactly how you feel and you are not alone. Moreover, today we even know a few celebrities who identify themselves as asexual, for example: Fashion consultant of “Project runway” Tim Gunn and the Booker Prize-winning author Keri Hulme. And if that’s not enough, allegedly, Florence Nightingale, Isaac Newton, and the fictional character Sherlock Holmes are believed to have been of asexual orientation. Just in case you needed some positive role-models for your journey of self-exploration.

Doomsday Preppers Saying “Told You” Amid the Coronavirus Pandemic.

Covid-19 or the Unexpected Virtue of Self-Isolation

Love in the Time of Coronavirus

Doomsday Preppers Saying “Told You” Amid the Coronavirus Pandemic.

Covid-19 or the Unexpected Virtue of Self-Isolation

Love in the Time of Coronavirus