Typewriters Are Out, Computers Are In

My grandmother still believes that I can go to work whenever I want and if I can’t bring myself to get up in the morning, I can take the day off without a problem.

“Are you going to work tomorrow too?, ”she asks me every evening even if she knows the answer very well.

This is because, during her youth, a bureaucratic job in the USSR went something like this:

While a busy and hard-working boss looked like this:

Today, the labour market has changed drastically - typewriters are out, computers are in and a busy coworker complains about this: 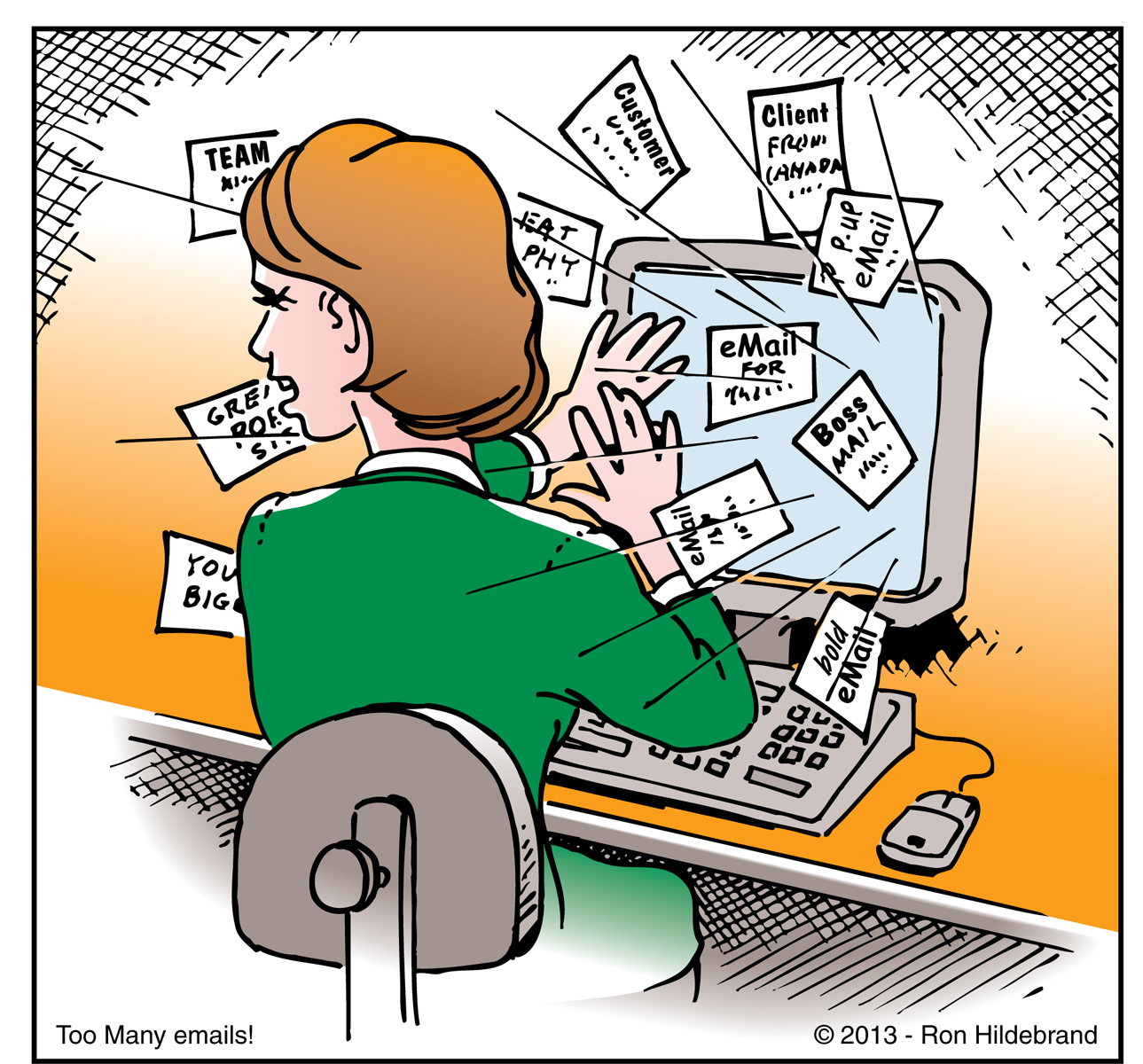 Working with a computer is inconceivable for grandma - in addition to the fact that I’m harming my posture and my vision, I’m not creating anything tangible, therefore she can’t really get hold of the fruit of my efforts. The situation is further complicated by the freelance phenomenon that remains completely mysterious to her. How can you be here and do the work somewhere over there by simply clicking some buttons?

My grandmother isn’t alone in this confusion - a colleague told me that his/her grandmother believed he/she was unemployed when he/she was working as a freelancer. Once again, how can you be here and do the work somewhere over there by simply clicking some buttons?

Along with these confusing circumstances, the 21st century created jobs that are quite difficult to describe to those who have no connection with technology.

Social networks actively appeared on the market in the first decade of the 21st century. Facebook was created in 2004, followed two years later by Twitter and then by Instagram in 2010. Therefore, no one would hire you as a social media manager in 2000 or 2002. Nowadays this field is rapidly developing, becoming more and more profitable and high-demand.

When I first heard the term, I had to google it too. It’s quite ironic because a SEO manager works on search engine optimization (hence the abbreviation). If you want your content to stand out in the sea of content that is the internet, you’re going to need such a person in your team. He or she is the one who will help you reach your desired audiences. (While we’re at it - if you’re looking for a job in the field, let us know, we might appreciate.)

I remember who had the first iPhone in my class. Our favorite pastime back then was turning on a lighter or filling a pint of beer on that phone - we couldn’t imagine how somebody was able to create something like that. Applications have been finetuned and developed since and today you can order a taxi, check the weather forecast or even recognize plants with the help of your phone. Therefore, it’s necessary to have people who will create those applications for us.

The simplest definition of the word influencer could be literally “somebody who has influence”. It’s a person who has a big number of followers on social media and has a thing or two to say about current news. Different companies not only pay influencers but also offer them their products in order to get advertisement. Looking at it from the outside, it may seem like influencers make money by simply having a good time and enjoying a life of luxury, but in reality each of their posts that sees the light of day is carefully, precisely planned - even one small mistake can cost an influencer his or her career.

I have often heard from children lately that instead of astronauts they now want to become Youtubers when they grow up. This is another form of being an influencer, or of having influence on the masses, if you will - Youtubers can link their job to anything with the help of YouTube - from makeup and self-care to simple jokes or politics. Not so long ago all of the YouTube world was on the edge of their seats to see who would win in a face-off between two channels - PewDiePie and T-series -  and get the highest number of subscribers.

So where exactly do you work?

Outside of digital technologies, some completely new fields are also developing in the modern world. For instance, I still haven’t tried to explain the essence of Artificial Intelligence to my grandmother and don’t know if she has already seen Sophia the robot . However, it’s one of the highest-demand fields nowadays - linguists and philosophers are now working alongside engineers to develop Artificial Intelligence.

My grandmother can’t imagine how one can build robots, use 3D printers or work on developing a virtual assistant. For her, it’s already enough to know that our relative once worked for an online shop and my articles are not printed on paper and if she ever needs it, I will have to read them out loud to her.

What about you? Do you have a 21st century profession? Will your profession survive the technological progress?

It Will Not Come Easily - Future Labour Shift

When Local Leaders Get Behind the Main Wheel

It Will Not Come Easily - Future Labour Shift

When Local Leaders Get Behind the Main Wheel